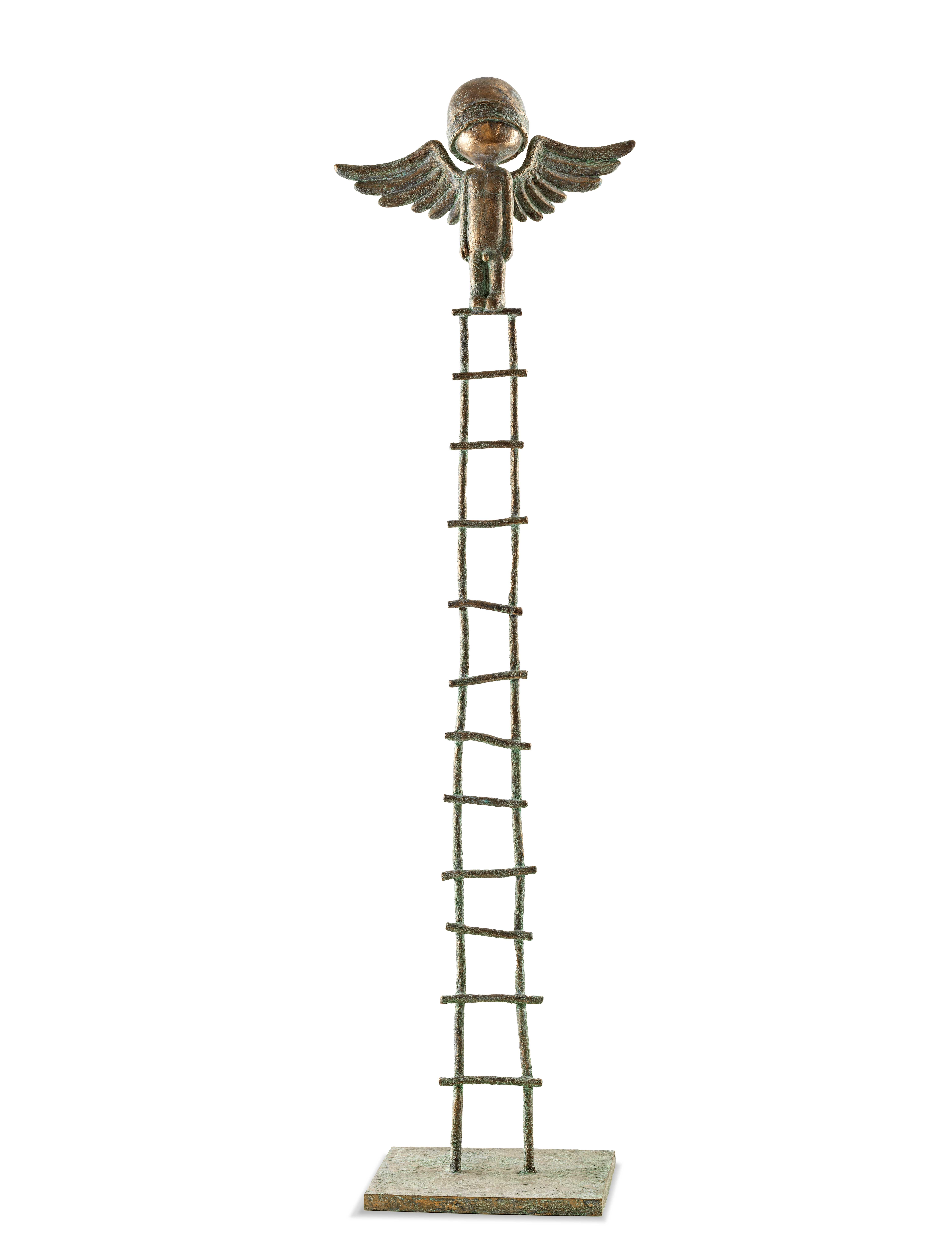 It was love at first sight… my first encounter with Samuel Allerton’s work was during a trip to South Africa, about ten years ago. A few years later and I become the proud agent of this artist, currently on the wishlist of galleries worldwide. Samuel, known as Sam by his friends, is not just making art – he “is” art, from the second he wakes up until 10 o’clock at night (because after 10 his wife doesn’t allow any more discussions about art.)

Still, I suspect he is keeping at it 24/7 in his head – imagining new ideas, working on sketches of new sculptures which previously only existed in his mind, mixing and experimenting with colours, burning pieces of wood and then burying them for months (just to see what the impact of the process on the material will be, ) etcetera. Samuel’s creativity never ends. Each visit to his studio is an experience in itself.

Samuel is not only an artist. A loving husband and father, but also a passionate adventurer. Sometimes I call him Tarzan 2.0 and this is undoubtedly not far from the truth. I have witnessed him climbing up mountains with his bare hands while holding a sculpture under his arm, in order to get the perfect picture, The kind of adventures a well-equipped alpinist would think twice about. Show him the ocean and he’ll swim in it, hand him a tree and he’ll carve it, just hand him anything and his creative mind will do something with it.

You can just feel this energy in his work, and this is in my opinion, the reason why his artworks are much applauded worldwide. The man breathes passion and this is reflected in every sculpture, every drawing, and every painting he has ever made. Inspired by nature, influenced by popular culture, and with a nod to the cartoons he adored as a child – the result is art that makes you happy or sad, always with an underlying message, never losing sight of the overall resonance of the finished work.

I am very proud to accompany this great artist on his path and I am pleased to witness his success and recognition by art lovers and collectors worldwide. And take it from me, this is only the beginning of his story. In a few years’ time, it will be impossible to imagine the international art scene without his name in it.